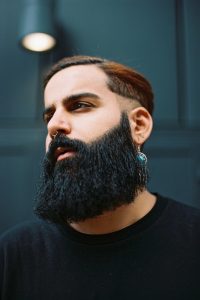 As well as this he has his own clothing venture (Farida), Imran also launched an editorial platform and print magazine Equate. Edition Three of the print magazine is out now which features five cover stories.

Imran started his journey at Sony Music over 7 years ago after coming over from Mercury Records. During his time at Mercury, Imran assisted the press office across a range of artist campaigns from the Island Def Jam roster. Prior to this role, Imran’s first music PR role was in the company’s New York office as part of a placement scheme directly assisting then SVP of Artist Relations Laura Swanson. Since his time at Sony Music he has worked across press and/or online PR for a wide range of artists including Bob Dylan, Raphael Saadiq, MS MR, Miguel, Joey Bada$$, Patti Smith, Leonard Cohen, Future, A$AP Rocky, Leon Bridges to name a few.